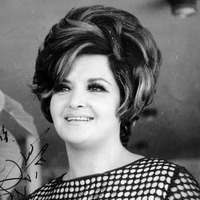 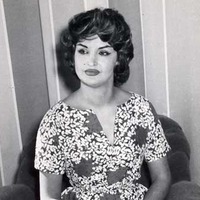 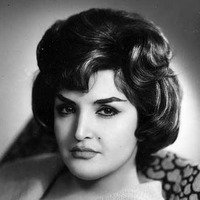 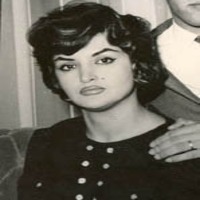 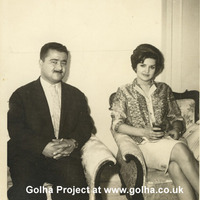 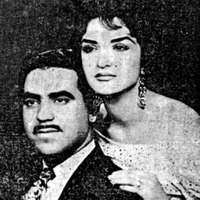 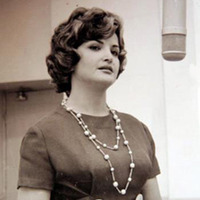 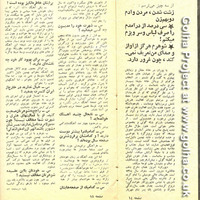 Puran (1933-1990), Neé Farahdukht ‘Abbas Taqani, vocalist who performed Persian popular songs (tasnif) and lyrical ballads (tarana), both classical and popular, and who was one of the key female vocalists performing in the Golha programmes from 1959-1960. She was the niece of the singer Ruhbakhsh. She began her career as a talented vocalist with a lovely voice performing popular songs, for which she remained celebrated to her last day. She studied with ‘Abbas Shapuri, the renowned violinist and composer (1950-1960) and later married him. She was known as Puran Shapuri for approximately eight years. Her voice attracted the interest of other composers, such as Anushiravan Ruhani, Humayun Khurram, Majid Vafadar, and the Lashgari brothers. The collection of recordings of her private performances exceeds those of all other vocalists contemporary with her.

Puran was a professional full-time vocalist performing on radio and television programmes as well as in concerts, Persian films, cabarets, at marriage ceremonies of upper classes, not to mention cutting gramophone records in the studio. Puran’s remarkable talent in being able to quickly learn complicated musical compositions by heart and then vocally perform them in a charming voice attracted the attention of the great composers of the Golha programmes, and enabled her to perform compositions by Ruhu’llah Khaliqi and Murtaza Mahjubi. Eminent maestros have regarded her as one of the most important female vocalists in the Golha programmes and have considered her performances so beautiful as to be impeccable. However, her inclinations toward popular, recreational, and often non-classical genres also made her a successful vocalist in the fields of Persian modern and serious popular music. A complete collection of her performances is a desideratum. Following her divorce from Shapuri in 1958, she married Habib Rushanzada, a television sports newscaster and following the revolution of 1979 she resided both in Iran and the United States. She died of cancer in Tehran. Among her works are a cassette entitled Taranaha-yi Puran (“Puran’s Songs”), (Tehran: Caspian 1977).