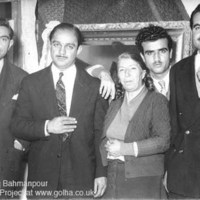 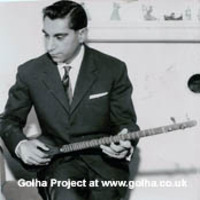 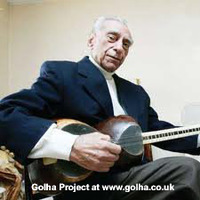 Tar instrumentalist. Having received his preliminary education at the National Conservatory, he studied with Musa Ma‘rufi, one of the most outstanding classical Persian tar instrumentalists. He performed on the Radio in his youth and made a number of compositions which were performed by ‘Ismat Dilkash on vocals, including Raqs-i Gisu (“Dance of Curls”) accompanied by Mir Nasir Sharifi’s recitation. He went to Italy in 1950 to study opera but did not complete his course of studies there. Upon his return to Tehran he resumed his work at the National Radio. He performed on the tar in a number of the Gulha programmes from 1960 onward, his performance therein reflecting his own personal style. From 1979 onwards, he has restricted his musical activities to teaching and performing at private concerts. His album titled Pieces for the Tar, book with cassettes) was published by the artist in Tehran in 2005. His performance style continues to attract fans.