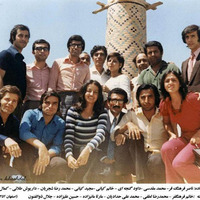 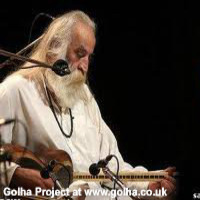 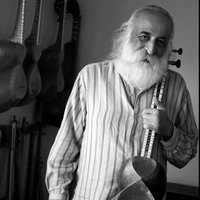 Muhammad Reza Lotfi is a maestro of the tar and long-necked lute (sitar) and one of Iran’s leading composers and theoreticians of music. He is also well, versed on many other Persian instruments as well as an instructor, repertoire expert, founder of ensembles and famous academies of Persian classical music . His family encouraged his musical education at an early age from prominent masters like 'Aliakbar Shahnazi, Nur'ali Burumand, Sa'id Hurmuzi, and 'Abdullah Davami and it was owing to his great talent that he made profound studies of history, styles of performance on various instruments and vocals in Persian classical music. then shot to fame in the 1970s while playing in (and arranging compositions for) the Golha-yi taza radio programmes produced by Hushang Ibtihaj, while also conducting his own orchestra (the Shayda Ensemble) for the programmes.  He was able to present reconstruct and arrange performances and composition styles of earlier masters of Persian classical music. He is recognized as the leader of the neoclassical revivalist movement in Persian music,. His performance style, resting on the solid basis of classical education, is influenced by instrumentalists like Majd, Shahnaz, and Saba and his compositions are influenced by the masterpieces by Darvish Khan, Saba, and Neydavud. In addition to reviving beautiful compositions by earlier masters of the Qajar period, he has also composed his own pieces performed them on the tar. His musical activities continued after 1979. Complications in his artistic, social, political, and family life led to his long emigration to the United States and Europe (1985-2005) where he attended to the presentation of Persian music to other cultures. Lotfi is one of Iran’s most well-known and prolific recording artists in both the local and international arena.