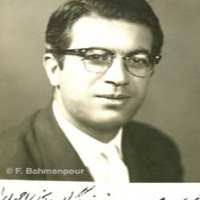 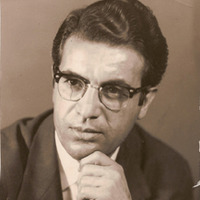 Clarinet instrumentalist and composer. He performed the signature tune of the Golha-yi javidan programmes which was a short piece in the musical mode of mukhalif-segah, a tune that brings to mind other programmes broadcast in the years following 1955. Having received his education in the military music academy, he began his musical career in different radio orchestras as a soloist, composer, and conductor from the early 1950s onwards, while privately tutoring students in the clarinet on the side. He performed on the Golha programmes as an orchestral accompanist, but only a few of his own solo performances were ever featured therein. His own compositions were mostly performed in other orchestras besides the Golha, many of them being accompanied by famous vocalists. A solo CD album of his was released  (Tehran: Mahur 1998).