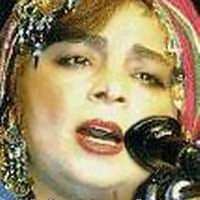 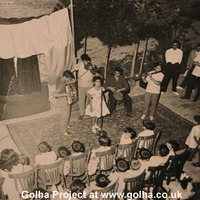 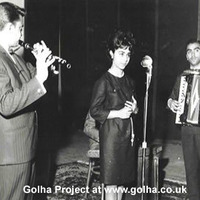 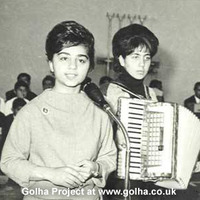 Female vocalist specialising in classical Persian music (avaz) as well as popular ballads (tasnif) and who also excels in the singing of vernacular lyrics and Khurasani folk music of the Birjand. She made her debut at the age of nine on the ‘Children’s programme’ in 1955 under the directorship of Davud Pirniya and Dr. Mu‘in Afshar. In the mid 1960s Davud Pirniya created Golha-yi sahra’i, for Sima Bina, she also began to give performances on the other Golha programmes, where she sung a number of classical Persian compositions, as  well as various compositions written by different composers on the Golha-yi rangarang, and Yik shakh-i gol programmes. She also performed on the Golha-yi taza in the 1970s at the suggestion of Muhammad Riza Lutfi, when she became recognized as one of the most talented female vocalists of her decade. Owing to her warm and appealing voice, musical knowledge, long experience, culture, and social and humane character, despite the ban imposed on all female vocalists since 1979, she was able to emigrate to move and perform abroad, where her large portfolio of albums and recordings has broken the record for albums and artistic output amongst all Iranian musicians living in the West since the 1979 revolution. Among her many brilliant performances are those where she is accompanied by Javad Ma‘rufi’s orchestra and the Shayda Ensemble conducted by Muhammad Riza Lutfi. Her numerous albums released in Iran and abroad bear witness to her talent and abilities.