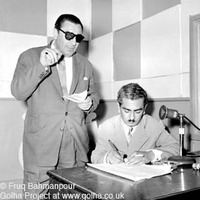 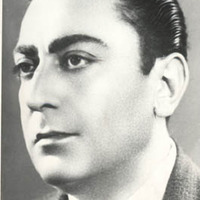 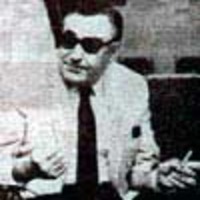 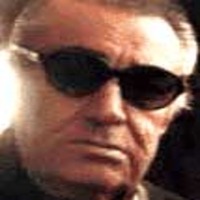 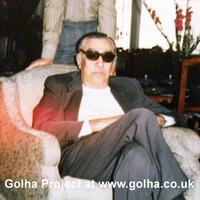 Vocalist performing classical Persian singing (avaz) and one of the five eminent male vocalists in the Gulha programmes (1955-1966). He learned singing from Nasir Sayf and Mirza Tahir Ziya’ al-Zakirin, two old masters of the late Qajar period. In his vocal delivery he was above all influenced by Adib Khwansari. He was born into an aristocratic family whose members included musicians. Murtaza Nay-Davud also made significant contributions to the formation of Banan’s artistic development. His name was unknown until 1941. Following his acquaintance with ‘Ali Naqi Vaziri and marrying his sister, he was recommended to Ruhu’llah Khaliqi and joined the National Music Association. His first concerts and gramophone recordings occurred between 1942-1968. His family status, unequalled vocal artistry, and extraordinary talent in performing traditional singing and also knowledge of the modern works of Vaziri and Khaliqi presented him as a leading performer of these two eminent composers’ works, standing third in place to the two other outstanding vocalists: ‘Abdu’l-‘Ali Vaziri and Ruhangiz. Thus from 1955 onwards he won fame as an unsurpassed vocalist performing on Radio Tehran and in the Gulha programmes. Khaliqi, Ma‘rufi, Mahjubi, Tajvidi, and other composers soon asked him to perform their compositions. Banan also taught at the National Conservatory for a number of years under the directorship of Ruhu’llah Khaliqi, where vocalists like Ilahi and Ahmad Ibrahimi were featured among his students.

Besides a number of gramophone records recorded by Banan in the years 1942-1968 (HMV) which are now more or less forgotten, all known recordings by Banan were carried out in the years 1955-1967 when he was between forty-five and fifty-five years of age. The physical capacity of his voice was limited to some extent, but his ability and powers in artistic expression was quite extensive and besides his knowledge of music and ability at performing on the piano, he was well-versed in Persian mystical poetry and high verse; this extensive literary knowledge he would often put to good use as occasion demanded. In addition to his abilities as a singer, he also enjoyed a high public profile, his highly sophisticated character a constant byword for culture and literary excellence. The influence which the  singing style of the maestro vocalist Adib Khwansari exerted over Banan did not impede him from expressing his own independent personality as a great vocalist. Ultimately however, if it had not been for his performances on the Gulha programmes, Banan’s artistic personality could not have flourished nor would his vocal art ever have become so renowned throughout Persian society. Thus it could be said that the Gulha programmes (during the directorship of Pirnia) and Banan were mutually indebted to each other’s performance. Four other outstanding vocalists, Husayn Qavami, ‘Abd al-Wahhab Shahidi, Mahmudi Khwansari, and Akbar Gulpayigani were directly or indirectly influenced by Banan’s personality and vocals in the Gulha, and amongst the Gulha’s female vocalists Ilahi was not uninfluenced by him. Mahmudi Khwansari, one of the most outstanding classical vocalists performing in the Gulha during the years 1962-1978, particularly prided himself in having been under Banan’s influence.

Many recordings were made of Banan’s voice in which he accompanied small and great orchestras and outstanding solo instrumentalists. He considered his best performances to be those composed by Khaliqi (e.g. Hala Chira [“Why Now”], lyrics by Shahriyar), Mahjubi (e.g. Karavan, lyrics by Rahi Mu‘ayyiri), and Tajvidi (e.g. Mara ‘Ashiqi Shayda [“Me a Mad Lover”], lyrics by Munira Taha). From amongst soloists accompanying him in his performances, Banan favoured Lutfu’llah Majd’s tar and Murtaza Mahjubi’s piano. From amongst lyric song-writer colleagues of his, he regarded Rahi Mu‘ayyiri and Navvab Safa as his closest associates. The pleasing quality of his vocals accompanied by either a soloist or an orchestra is a pleasant reminder of the artistic attitudes and tastes that were patronized and supported by Davud Pirniya and the organizers of the Gulha programmes. In short, Banan may be regarded as the most outstanding classical vocalist in the whole Gulha programme series. A series of CD albums titled Shakha-ha-yi gul featuring him on the vocals (annotated by Sayyid ‘Alireza Mir‘alinaqi, Tehran: Iran Sida 1996-2006) have been released. A book entitled Az nur ta nava (“From Light to Voice,” Tehran: Dunya-yi Kitab 1988) is devoted to his life and works.