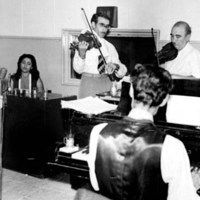 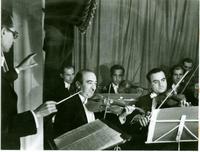 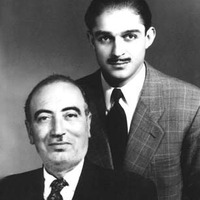 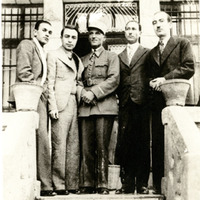 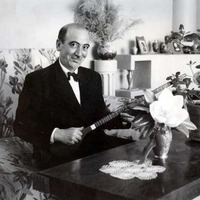 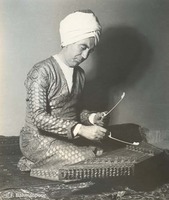 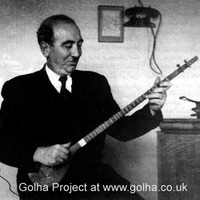 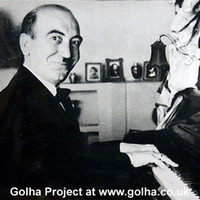 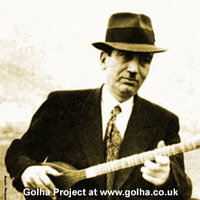 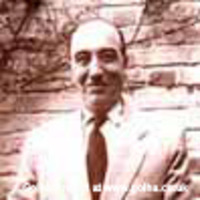 Saba, Abu’l-Hasan (1903-1957). Violin and setar instrumentalist, composer, instructor, theoretician, and one of the most eminent classical musicians in twentieth-century Persian music. Born into an aristocratic family in Tehran and supervised by his father who was a court physician, Saba studied with the best masters of Persian classical music of the late Qajar period. By the time he was fifteen years of age he had become acquainted with different musical instruments such that he was able to perform most Persian classical instruments of importance with the exception of the tar and ney quite well. While studying at the German High School in Tehran he learned how to play the violin from two European masters. Afterwards, he performed whatever he had learned about Persian music on the violin, thus making quite a name for himself in Tehran in the early twentieth century as a skillful violinist and setar instrumentalist. His last master was ‘Ali-Naqi Vaziri who introduced a novel and quite extensive system for reforming Persian music of the Qajar period; Vaziri’s method led directly into the modern school of Persian classical music. Saba performed as a soloist in the orchestra of Vaziri’s conservatory and recorded gramophone records with him during the years 1937-38. A description of all the aspects of Saba’s activities lies beyond the space limits of this article, so mention will be but made briefly to his musical activities. He was the founder of the school of classical Persian violin performance and instruction. He authored a three-volume book for the instruction of violin repertoires (Persian classical music repertoires), a four-volume book on playing the santur and a similar one-volume book for the setar. He composed songs which quickly turned into lasting works that became used in teaching music. He taught the violin, santur, other Persian instruments and classical Persian singing at the Persian National Conservatory and at home (1931-57). He recorded gramophone records (1937-39), performed on Radio Tehran (1939-1957), and conducted different orchestras. He wrote down in musical notation former masters’ repertoires. He instructed a large number of young musicians who later became notable musicians, and finally, he actively participated in and laid down masterly guidelines for the establishment of the Gulha programmes under the supervision of their founder Davud Pirnia. Owing to his illness and physical weakness, as well as his tendency to put his young students before himself and suggest they participate in these programmes, meant that he participated only in the Gulha-yi Javidan and the first programmes of Gulha-yi Rangarang series. However, his artistic ideas and tastes influenced these programmes’ creation and the eminent musician and his colleague, Ruhu’llah Khaliqi supported his views. Only a few specimens of his performance on the violin were recorded in the Gulha, but the performance of a number of the students of his school of classical Persian singing (avaz), such as Ghulam Husayn Banan, Malakih Burumand and Azar ‘Azima in these programmes were quite remarkable. His outstanding students, such Tajvidi, Badi‘i, Khurram, Kasa’i, and Tehrani, all of whom later performed in these programmes, made use of Saba’s artistic taste so far as their capacities permitted. Nonetheless, few of his long-lasting Persian classical works and sublime performances on the setar were featured in the Gulha programmes during twenty-three year period of their being broadcast on air. A collection of his recordings dating back to 1939 was released on a CD (Mahur, Tehran 1997) and other collections of his work are currently in print. Saba represented a perfect embodiment of the Persian classical music tradition of a genuinely creative and modernist bent; he was a kind of standard by which talent is measured, and as such, remains unsurpassed by any other musician. Mention may also be made of his exalted mystical state that also has drawn the admirations of musicians and musicologists alike.