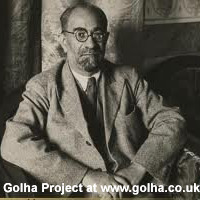 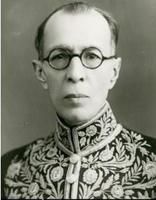 His literary and academic articles were published in different periodicals in his life time or posthumously, including Naw Bahar; Mihr; Iran; Danishkadih; Bakhtar; Armaghan; Ta’lim va Tabiyat; Danish; Jahan-i Naw; Yaghma; Amuzish va Parvarish; Nigin; the Gulha-yi Rangarang; Payam-i Naw; Namih-yi Farhangistan; Firdawsi; the Ayandih; Arman; Mihr-i Iran; Iran Namih; Sukhan. These articles treat of linguistics, literature, history, etymology, grammar, script; biographical accounts of political and religious figures; critical edition of texts (literary criticism); poetical criticism; and epistles. His tasnifs include: Surudih-yi Bahar; Bahar-i Dilkash; Bad-i Saba bar Gul Gudhar Kun; Iy Shahanshah; Iy Dil-i Shikastih; Nihadih Kishvar-i Dil Baz Ru bih Virani; Gar Raqib Ayad; Iran Hingam-i Kar; Zi man Nigaram; Pardih zi Rukh Barafkan; Surud-i Pahlavi; ‘Arus-i Gul; Murgh-i Sahar. His poetry has been rendered into English and Russian. In a collection entitled Press and Poetry in Modern Persia, Edward Browne published selections of Bahar’s poetry in English with commentary. His poetry was translated together with selected works of other Persian poets by Arberry in Persian Poetry. Bahar also wrote a drama entitled Tarbiyat-i Na’ahl. Bahar is a multi-dimensional figure whose most significant dimension is his artistic one. In the history of Persian literature, Bahar is the most outstanding figure among his contemporary poets. He also stands out among contemporary poets composing in the classical style. He is the master of poesy par excellence. His collected poetry, Divan, is truly his autobiography in verse reflecting the events of his times. He composed poetry in simple and difficult rhymes, radifs, and rhythms. His poetry includes all genres, ranging from qasida to musammat, tarji’band, tarkib-band, qit’a, ghazal, mathnavi, quatrain, and twin couplet. He is a qasida composer of vigor. Some of his poems are unrivalled in Persian poetry. He is a master of depicting scenery, characters, scenes of life, situations, qualities, and political and social milieus. Bahar is also a master par excellence of employment of poetical figures. He intertwines the Khurasani and ‘Iraqi styles. His poetry is reminiscent of the Khurasani poets in terms of splendor, musicality, and vigor and it recalls the ‘Iraqi poets in terms of delicate themes and fluency of expression. Events and incidents of his times are reflected in his poetry. Bahar is unsurpassed by his contempory poets in maintaining poetry in its befitting position. His prose also reflects numerous masterly pieces reflecting his artistry and bravery. His best work in prose is the Sabkshinasi (Stylistics) in which he works wonders in his compact and comprehensive depictions of events, e.g. the invasions of the Ghuzz army or in introducing some masterpieces of Persian classics, like. Sa’di’s Gulistan. Bahar is an exalted writer, a skillful journalist, and creator of fluent, but simple compositions who introduced a novel style by making use of Persian metaphors and poetical compositions.