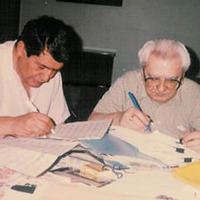 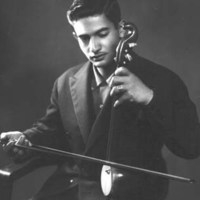 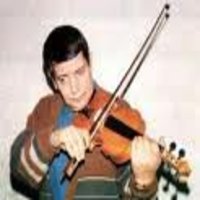 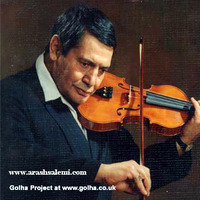 Violinist and composer. He studied at the National Conservatory of Music and regarded himself as a student of Abu’l-Hasan Saba. He won fame in early 1960s by performing at the suggestion of his brother, Husayn Malik (1925-1999) in concerts and recording gramophone discs at UNESCO. From 1968 onwards he became particularly active in the field of Persian music, featuring in numerous performances on radio and television programmes, recording a number of gramophone records, and making acclaimed concert tours abroad.

His fame on the Golha programmes was owing to his style of performance on the violin on the one hand and his own compositions on the other. In performance, he followed the styles of Habibullah Bad‘i and Parviz Yahaqqi (two prominent violinists performing after the age of Saba), which combined a delicate romanticism with remarkable technical skill. His celebrated melodies that featured the vocalists Mahmudi Khwansari and Mahasti serve as telling tokens of his remarkable abilities. He found his way on Tehran Radio and the Golha programmes after certain violinists began jealously excluding all others but themselves from performing, which led to Bizan Taraqqi’s (the prominent and popular songwriter of lyrics for the Golha) insistence that Asadu’llah Malik be admitted as a performer on the Golha programmes as well. Malik, who mostly owed his fame to his participation in the Golha programmes, regarded his best performances as having been indebted to Mahmudi Khwansari’s singing abilities.  His CD albums include his solo album of performance on the violin entitled Sama‘ (“Sufi Séance,” Tehran: Bihnush 1999.