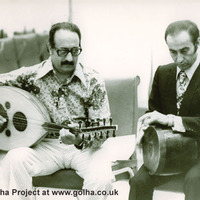 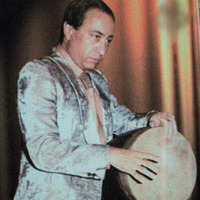 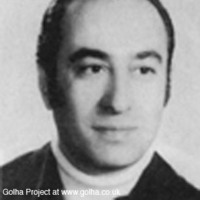 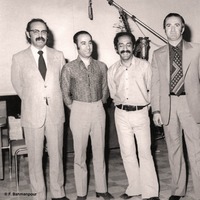 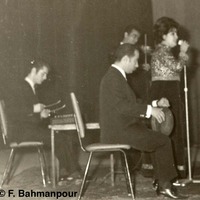 Iftitah, Amir Nasir (1936-1987). Tumbak instrumentalist and one of the earliest performers on the tumbak in the Gulha who participated in its programmes from their inception to termination. He studied with Husayn Tehrani, the great master of the tumbak, who recommended him to the maestro Abu al-Hasan Saba. Recognizing the young man’s talent, Saba introduced him into artistic circles in Tehran as an instrumentalist able to accompany ensembles and also provided him with a golden opportunity to display his skills in the Gulha. The resonance of his brilliant tumbak performances in the Gulha can be discerned by anyone with a trained ear.

Although his debut performances were made in orchestras other than that of Gulha from 1960 onward, Iftitah performed in altogether in 272 Gulha programmes – thus making considerable contributions to these programmes. His powerful drumming technique, the lovely resonant echo of his beats, as well as the sweetness of the sound of his fingers snapping against the skin and wooden sides of the instrument’s bowl was highly appreciated by many of the eminent masters who accompanied him on their instruments. A collection of the music notes of his works has been published by Fariydun Hilmi (Tehran: Helmi 1377/1998). On a number of his journeys to Europe, Iftitah performed in a number of concerts accompanied by Habibullah Badi‘i and ‘Ali Tajvidi. No solo album of his work has been released but performances of his are available accompanied by other instrumentalists. Among such recordings mention may be made of his performance accompanied by Lutfullah Majd on the tar of which a 33 gramophone record was released by Ahang-i Ruz om Tehran in 1970. Iftitah possessed a brilliant talent but a short and tragic life.